However, you can get a top 10 breakdown for ANY week from the BARB website:

BARB is the industry-wide recognised body for compiling viewing figures.

BARB releases the top 15 programmes for each channel. 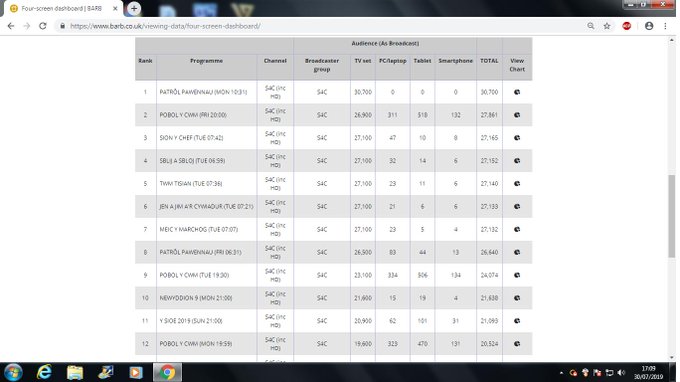 #S4C showed just ONE programme that got more than 30,000 viewers – an episode of soap opera Pobol y Cwm. S4C receives £80 million from the licence fee pot each year, but has tiny audiences for almost all of its programmes. It exists for political reasons. 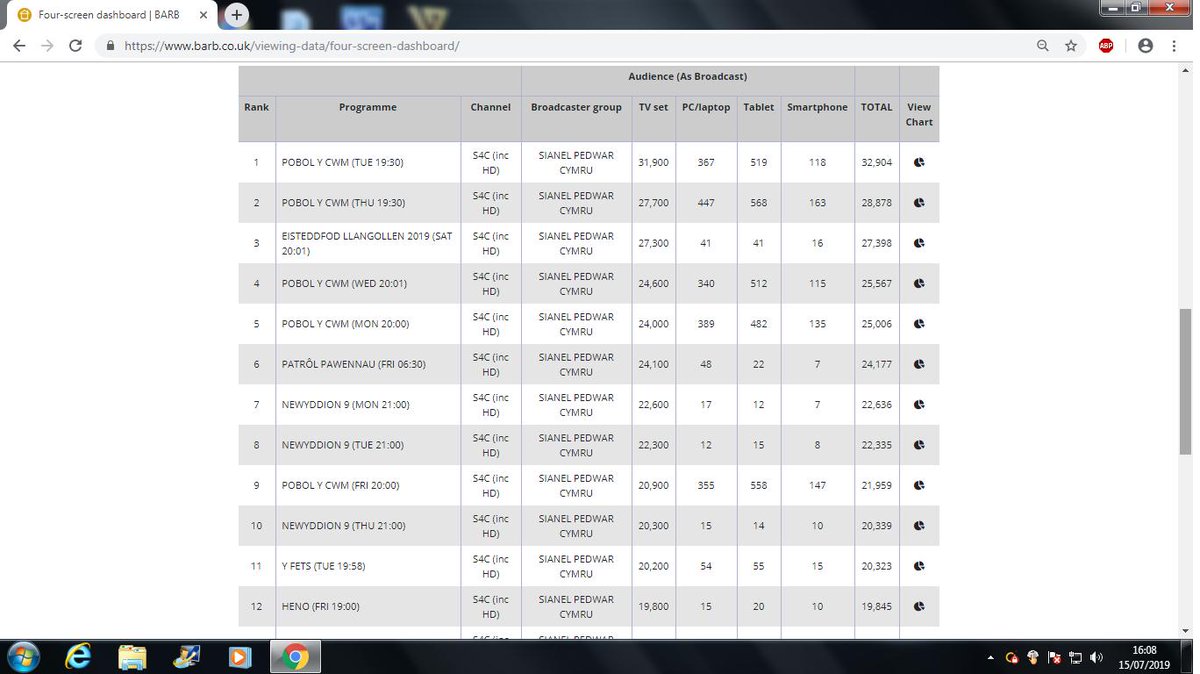 Well are you satisfied that in Wales £80,000,000 a year is squandered on the consistent failure of S4C to generate any kind of valid audience on a regular basis for its obscene subsidy?

a good week for S4C as it had a programme where at least a part of it was watched by just over 30,000 audience! 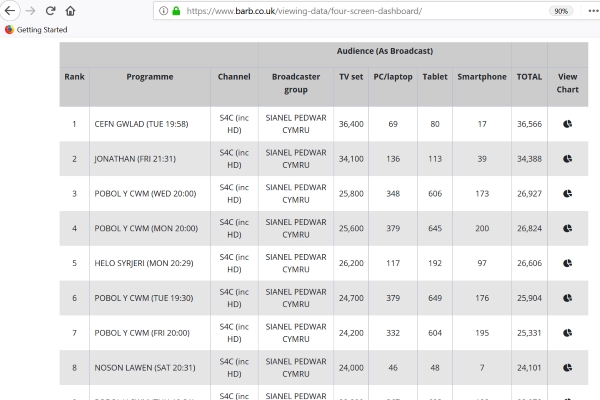 astonishingly that was in a week where Wales vs Scotland was on and clearly the vast majority watched the game with an English commentary! Hardly surprising I guess as probably less than 5% of the population of Wales have any meaningful qualification of an ability to speak Welsh and the common language of Wales spoken by all is English!

Do consider the following thoughts:

This is really dismal – minded that BBC Wales is experiencing its lowest Welsh Language audiences in its 40 year history.

This all speaks volumes of the abject failure of the Regional Assembly’s ridiculous squandering of money it can not afford on trying to force this tiny minority language on the peoples of Wales – who ALL speak English – particularly disgraceful is the manner in which they are abusing children by forcing them to not only learn Welsh, even when they don’t want to & have no use for it but are in so many instances trying to teach them consequential subjects vis Welsh.

This is sad for the peoples of Wales but tragic for the Welsh language in the long run, where many are viewing it as Afrikaans was in South Africa ass the language of division, hatred and apartheid. Look what happened in South Africa and the long term consequences for Afrikaans – now reveiled and all but dead!

And YOU contribute £80 Million a year to this folly in the subsidy of S4C – just imagine the other costs to the economy – little wonder that controlled by the superannuated busybodies in the Regional Assembly Wales is failing, with 1 in 4 homes living in poverty, the NHS £163 Million short on its budget, £43 M squandered on surveys, meetings & expenses discussing an M4 by-pass without an inch of tarmac laid.

I believe you will find on just these examples alone my point is made.