you may remember in 2013 the Regional Assembly in a fit of exuberance with our money decided to indulge themselves with a Vanity Project and squandered £52,000,000 of taxpayers’ money buying Cardiff Airport – unsurprisingly it would seem to have run at a massive loss ever since!

Hardly a surprise the Regional Assembly has been a catastrophic costly failure for Wales and the Welsh every year since it was dishonestly forced on the region. To date it is not possible to identify a single area, of any note, in which it has been other than a costly failure with its obscene growth in Civil Servants and other parasites living off the public purse.

Whatever made them think they could run an airport, other than into the ground. So far they have had to prop it up with loans of over £59,000,000 = thus the cost to date to the taxpayers has been in excess of £110,000,000 whether this eye-watering One Hundred & Ten Million Pounds includes this £18.5M they have lost this year I am uncertain.

If the Regional Assembly was to cut the cost reselling it by £60.000.000 that would only equate to what it is reasonable to expect them to lose over the next 3 years & the people of Wales would not be expected to continue funding the Regional Assembly’s irresponsible folly! 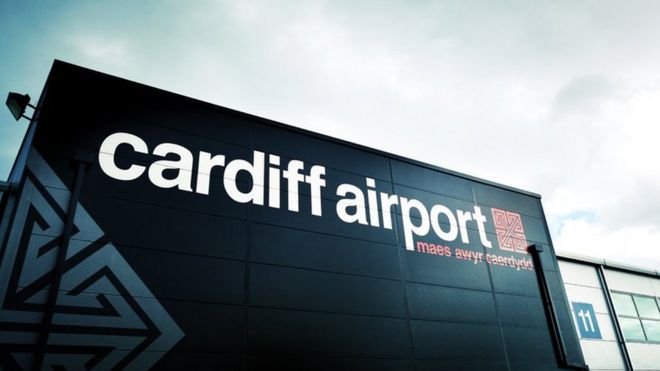 Cardiff Airport was bought by the Welsh Government in 2013!

The Welsh Government-owned airport said global economic factors such as climate change, uncertainty over Brexit and rising fuel prices had had an impact on the aviation sector.

However its turnover has risen by nearly £3m to £20.8m and it reported 15 months of continuous growth.

The Welsh Government said the airport contributed £250m to the economy.

Although the annual report focused on the financial year 2018-2019, outgoing chairman Roger Lewis noted the collapse of the Thomas Cook holiday chain in September had had “limited impact” on the 2019-2020 year with the loss of only 16,000 passengers.

But he warned the coming year would see a loss of approximately 150,000 passengers because of Thomas Cook’s demise, and the airport would “seek opportunities to replace this operator”.

He highlighted successes in attracting more passengers to the airport, with the first year of Qatar Airways’ flights to Doha bringing 70,000 passengers during the 2018-2019 financial year and Flybe’s business increasing by 4%.

He also noted the package operator Tui had introduced an additional 100,000 seats for summer 2019.

Passenger numbers passed the 1.5 million mark in May 2018 and summer 2018 was the airport’s busiest in a decade.

The airport was taken over by the Welsh Government in 2013.

Mr Lewis wrote: “While we were very pleased to note substantial continued growth over the reporting period, we also saw increased signs of major global economic factors such as the ongoing uncertainty over Brexit and concomitant sterling weakness, climate change and rising fuel prices impacting on the aviation sector.”

He said in the light of “continuing volatility” in the global economy, and Brexit and currency “uncertainty”, the airport had taken the decision to write down the estimated value of the airport’s intangible assets – things such as intellectual property and brand recognition – by £9.3m.

The airport said this was the main reason for the loss, although the write down is about half the pre-tax losses for the year.

However, it has seen a large rise in a measure known as EBITDA (earnings before interest, tax, depreciation and amortisation) by which airports are measured against one another from £7,000 in 2018 to £77,000 in 2019.

The report noted the airport had “invested heavily” in its commercial operations at the end of the 2017-2018 financial year, increasing the size of the departure lounge and the departure terminal’s food and shopping outlets, as well as offering a car park meet and greet service.

It said: “The business continues to see the benefit of increased commercial returns from these operations.”

Huw Lewis, chief operating officer at the airport, said: “During this period we have invested in our operations and prepared for taking over the operation of the St Athan airfield.

“We have increased our headcount by over 9% to meet the growing business demands and brought forward our commitment to pay at least the real living wage to all Cardiff Airport employees.”

A Welsh Government spokesman said: “Since our acquisition of Cardiff Airport passenger numbers have increased by 70%.

“The airport contributes a quarter of a billion pounds to the Welsh economy every year and sustains around 2,400 aviation related jobs.”