another catastrophic week for the peoples of Wales having to subsidise S4C Welsh language programmes by £8 Million a year for catastrophicly low audiences as so few people in Wales wish to use the minority language!

On week ending 26 May, the ONLY S4C programmes that got more than 30,000 viewers were the Saturday night rugby highlights, and ONE episode of Pobol y Cwm.

These 2 programmes with such low audiences merely highlights just how few people are interested in the language since if those were the two highest audiences just think howmany programmes had audiences of statisticly zero.

Even print newspapers in Wales don’t use the Welsh language as so few people are interested and even using the language of Wales, which is by a massive majority English, newspapers & media struggle and fail as is happening with Radio Wales with the lowest audience figures for 40 years and there isn’t a single newspaper of repute that is Welsh owned!

This is morally repugnant when you consider Wales is dependent on subsidies from the rest of the UK and 1 in 4 homes in Wales are defined as living in poverty! 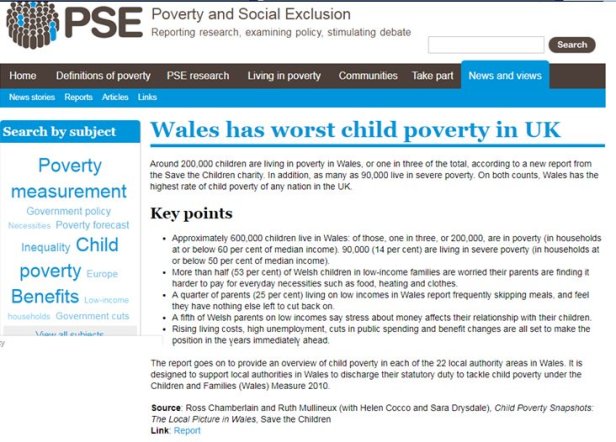 There is clearly no justification or need for the divisive language policy of forcing the tiny minority Welsh language on the population, particularly at the expense of childrens education! 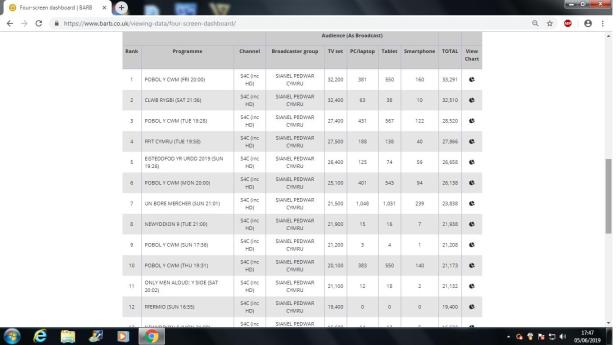